Walk in Faith
The Fool
by Libby 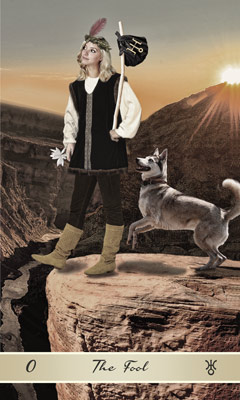 The Fool is a card of faith. You know, the thing most of us find easy to have when we don't need it, and hard to find, but necessary to cultivate in the times that we do.

It's important to cultivate, because the more that we retain and maintain our faith, the more we are connected to ourselves and the universe, and the more grounded we feel in crisis. Faith to me means that the universe is guiding you, that you should take the leap and trust that the net will appear to catch you.

The brilliant author and social researcher Brene Brown has done extensive work exploring the world of vulnerability - how life begins when you decide to throw yourself out there, even though you don't have any sort of map. It's what makes you feel the most alive.

A lot of times your insecurity gets in the way, whether it's worrying about money or worrying about getting hurt or failing. In order to get through those insecurities, it helps to look at what you might deem as potential misfires, or potential heartbreak, as lessons. And what you learn helps you move onto what's next, right? When you move on you are cultivating forward motion. You are cultivating trust with yourself and the universe.

If you feel that there is something better for you out there, then there is, and you should put all your guts into the search for it, so you can live the fulfilled life you deserve. Sometimes those leaps come in small steps that lead to the bigger outcome. Sometimes it's just a plain old big leap like quitting a job without another one lined up.

Faith also involves asking for help. Never be too proud to ask for what you need, even if it's from the universe.

Again, the belief alone will help you rise up to start meeting what is right for you.

When I was miserable at one of my last jobs years ago, I knew I had to find something else. I initially told myself I would only leave for a writing job, but when I'd reached the kind of misery and stagnation I was feeling in my current position, and needed to make more money, I decided to be open to other jobs.

I had usually been someone who didn't take transitions well, but after going through enough of them, and seeing how I eventually landed, I decided to try to become comfortable, and have faith that I would be led towards what I wanted. At the time I wanted a positive environment where people respected me and cared what I was doing.

A copy-editing job ended up coming my way. They offered great money and benefits, but when I got there it felt wrong, and the atmosphere was miserable. Even though the money was attractive, I told myself that if I couldn't believe there was something better out there, what was the point.

So I continued to look. It turned out after I off-the-cuff mentioned at a party I was looking for a position, a friend turned and asked if I wanted a writing job. When I went to the interview, I had $50 in my bank account and was reaching the end of my rope, but I was hired.

A thing to remember when you are taking a leap - whether that leap involves leaving a bad relationship in hopes of a better one, or looking for a job, or maybe a taking a trip, whatever applies - is to trust that there will be people who will help you if you need it. You will be surprised how many people appear when you need help. So be brave and go after what you want, even when the road looks rough. 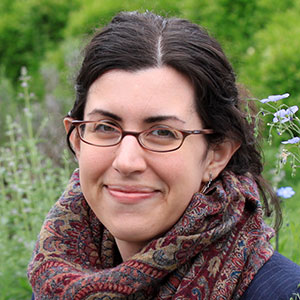