This man means business
The Emperor
by Chrisalis 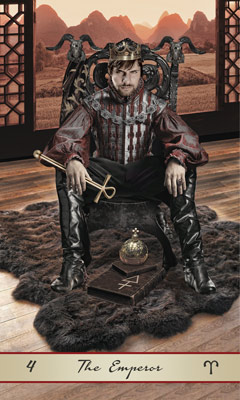 Here is a man who knows his own mind. He knows what he wants and goes after it so if he has his sights set on you then watch out for he is a pursuer and leader. If that is the role you usually take then think again as it will not work with this man.

The Emperor resonates with the zodiac sign of Aries and you can see several rams heads (the symbol of Aries) on the throne he sits upon. The energy of Mars (ruler of Aries) is very much a part of his nature.

If you take on the lead role around him and pursue or chase him he will back away. You have to be the challenge he is looking for and this means possibly playing the role of needing help, even when you don't need it.

This does not suggest you should become a doormat and go along with everything he says, nor should you make out you need his help all of the time, however it is better for him to think he is in charge and that he is “needed" rather than him seeing you independently avoid his attempts to help you.

This man may be a boss, a leader of some kind or a powerful man in your life. He is not to be argued with as he knows his way is the best way… even if you don't agree with him.

You may be right and he may be wrong and provided you don't let him know he is wrong then you and he should get along just fine, especially when he comes to the conclusion on his own that you were right all along. 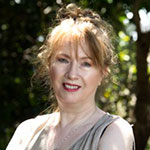